Tim Dalling and Aye Coyote at the Festival!

A theatrical entertainment with song and dance and a sacred ritual of purification. Tim Dalling, former kilted fall guy from the New Rope String Band, tells autobiographical tales of brotherhood alongside myths of Coyote, the creative master of thoughtless self-destruction and crazy rebirth. Ghosts are healed with songs and laughter.

“Aye Coyote was absolutely stunning · the hall was full to capacity, people were completely absorbed by this beautiful, emotional piece of theatre … it was definitely a highlight of the festival.” Rachael Clarke • Director of Priddy Folk Festival 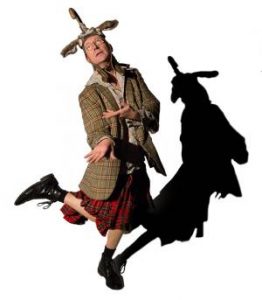 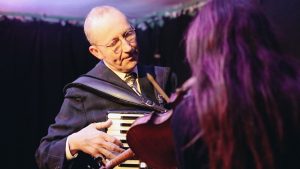