The Fed A Network of Writing and Community Publishers

The Fed is a network of writing groups and people who want to encourage space for those often ignored in print.

it had been active since 1970s and includes activity across the Uk and USA. It runs an annual writing festival, a day of workshops and a celebratory reading, usually in London and most recently in June. 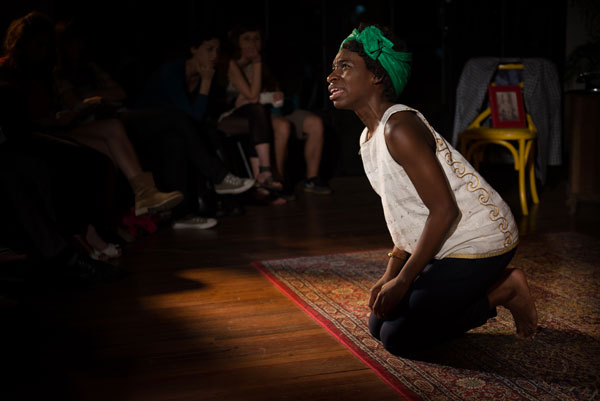 On its website  http://www.thefed.btck.co.uk    there is a monthly writing challenge open to anyone so if you want to spread your words/read other work/ make a comment- have a look.

I have chosen it becasue it echoes so many of my own references to family, places, people I knew even now 60 years on the words melt into smells and sound- the clang of dustbin lids……

I come from slum clearance, waiting forever
for posterity and re-generation
the men at the bookies and the bar
and the women and kids just survived
washing day on Monday’s
and back to backs
I come from riddled streets, hammering,
woodbines and smog
I come from Co-op divi,
Clarks sandals, knitting
games of cards on a Sunday night
an inside bathroom when I was eight
I come from a Christmas annual
free school milk, skipping, Enid Blyton
and home-match football programmes
a family of hard labour and clocking on
a Welsh Nan and an unknown Grandmother
from the past before me
I come from a secret
I come from Sunday morning; Family Favourites
variety shows, party games, picnics
and days out from the bricks
I come from ants disappearing in cracks
and drunks to avoid on a Saturday night
except I nearly got caught once
I come from busyness
I come from a back-yard
from my dad cutting air, turning the knife on a stone
from tarmac, walls, gates and entries
street-games; British Bulldog 1-2-3
from the sound of demolition
of rubble, rubble, rubble

Author’s Note
This poem was written as ‘homework’ (as I suggested) from a local writing group I have just joined (Chirk Writers Circle). One lady read a poem in this style – by Robert Seatter – Seren 2006 from ‘On the Beach with Chet Baker. The brief was to follow the poem style – of writing, of where one lived in the past – but ‘clipped’ without falling into nostalgia and rounding the poem off by linking the beginning lines to the end lines. Repeating the original poem – and repeating the words ‘I Come’.