Building up to be a perfect Friday night to relax and enjoy some great performances – now joining Ben and Sally and The Six Foot Way, is performance poet Malaika Kegode. 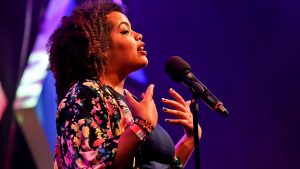 Growing up the most (reluctantly) ‘exotic’ girl in a quiet Devon town, Malaika cut her teeth as a poet and performer opening for bands in music venues such as Exeter Cavern and LeftBank, sometimes in trepidation but usually winning the audience’s attention with her beguiling delivery. Since those beginnings she has gone on to work closely with organisations such as Apples and Snakes, Roundhouse and BBC 1Xtra and is a member of the Raleigh Road Collective, formed as part of 1Xtra’s Words First initiative. Malaika has performed around the country at theatres, music venues, literary events and festivals such as WOMAD and Boomtown.  Currently living in Bristol, she is creator and host of Milk Poetry, a regular thriving event in the city. Her debut collection Requite is now available from Burning Eye Books.

Friday 6th July will be an evening to chill, with up and coming local poet Ben Ray 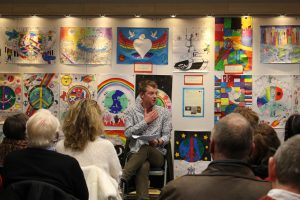 and Cinderford-based folk heroes The Six Foot Way among those entertaining us ‘cabaret’ style at Coleford Baptist Hall. Sally Jenkinson of Bristol Writers will MC the evening – might even be an open mic…. 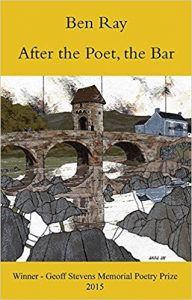 Ben is a rising young poet from the Welsh borders whose work ‘reveals a canny understanding of life and language’ (Nancy Campbell). His first collection ‘After the Poet, the Bar’ was released with Indigo Dreams Publishing in 2016, and his work has since appeared in a wide array of journals and websites. A versatile and accomplished poet! 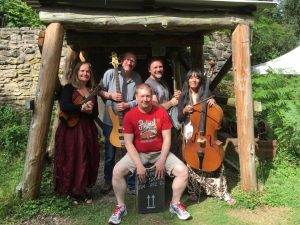 played for the Festival last year at our Hopewell event celebrating 700 years of the Charter of the Forest, and we wanted them back again! Their mix of songs and tunes from around the world, both traditional and contemporary comes with their own twist. Think the Pogues, The Dubliners, Fairport & The Levellers.