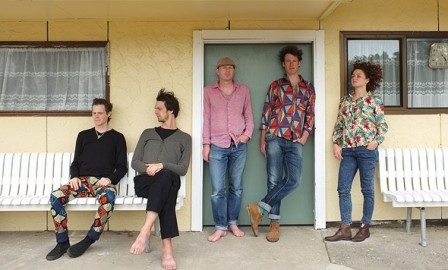 Sam is a young curator of music from the travelling community. His first album ‘Ground of its Own’ was nominated for the 2012  Mercury Music Award which indicates his style of music has a broader appeal than traditional folk. Sam is supported by his band to bring a modern and original accompaniment to Sam’s distinctive baritone voice. Expect to hear jaws harp, Mongolian dulcimer and hand pans in addition to more conventional fiddle and guitars, all connected to fancy electronica. “The rising star of traditional English folksong”. The Daily Telegraph. “One of the most promising folk singers to emerge from the London scene this decade”. The Independent. “An extremely natural and charismatic performer. His modern, often trancelike arrangements of traditional songs never fail to still a room.” Time Out.

Jenny Wren Theatre Company. How many times can one actor get killed during one performance? A hilarious take on the infamous tale of William Burke and William Hare the renowned Edinburgh murderers who sold their victims’ corpses for anatomical research. Expect many murders, many men called William and many accents from just three actors. Jenny Wren Productions is a Gloucestershire-based theatre company, formed in 2004. In the summer they can be found performing under the stars at open-air venues around the county, including Berkeley Castle, Highnam Court near Gloucester and the Tuckwell Amphitheatre in Cheltenham. They have strong links with the Cheltenham Everyman Theatre and also perform there regularly in the Studio Theatre.