Last Thursday have just confirmed an evening with with singer song writer Chris Wood for May 2017, 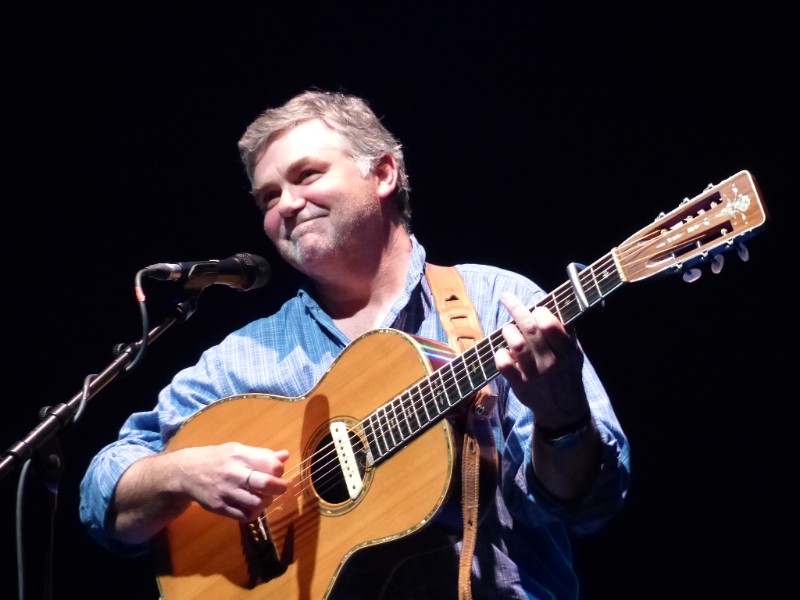 Andy Gill – INDEPENDENT ★★★★★
“Wood is one of our finest songwriters, a brilliant exponent of the topical troubadour form, and rarely on better form than he is with None the Wiser. The title track alone is a masterpiece”

Martin Townsend – EXPRESS ★★★★★
“Wood has honed his songwriting to perfection here… Each sung phrase is weighed with care… heartbreaking purity.”

Siobhan Long – THE IRISH TIMES ★★★★★
“Nobody comes even close to equaling his bird’s-eye-view… a distilled and intimate collection of snapshots chronicling the sweetness of love, the fragility of sanity, the glories of ageing and so much more.”

Robin Denselow – THE GUARDIAN ★★★★
“one of Britain’s most uncompromising and original singer-songwriters… his latest album is remarkable for the settings as much as the lyrics.”

Colin Irwin – MOJO Album of the month ★★★★
“…such a rarefied talent, both as writer and interpreter.”

TIME OUT
“Quite simply our best writer of contemporary English folk songs… What other BBC Folk Award-winning singer writes like this? There’s no competition as far as we’re concerned.”

Julian Piper – ACOUSTIC
“…unlikely to be on David Cameron’s iPod but Woody Guthrie would have been proud.”

tickets on sale at Coleford Library, Coleford Tourist Office and on the door