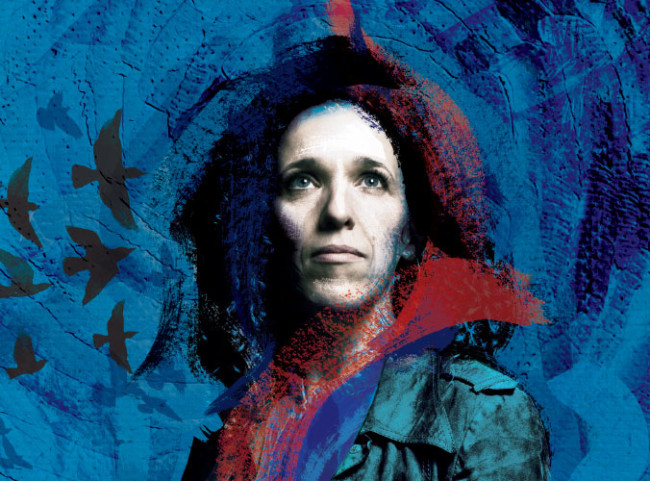 When she was three years old, Annie’s life was suddenly skewed off-course. On her 18th birthday it threatens to happen again.

What is it like to be in a coma? To love someone in a coma? What would Vincent van Gogh say if you hung out with him in his studio at Arles? And what does a pigeon called Muhammad Ali eat for breakfast?

Lost in Blue is a funny, poignant one-woman show from renowned performer Debs Newbold, fuelled by innovative sound technology to tell a powerful story about art, love and letting go.

“Unmissable. Quicksilver movements and a sense of humour make her compulsive viewing and listening.” – EFestivals

“From the second Newbold stepped onto the stage, the atmosphere was incredible, like the smell of ozone and feeling of electricity in the air just before a thunderstorm. The applause 70-odd minutes later served as the downpour to break the hypnosis on a rapt audience. It’s not that she’s just a naturally gifted performer (she is) but there’s a considered approach, an intellectualism for the masses, that underpins her words.”… “One unfeasibly talented woman” Views From the Gods