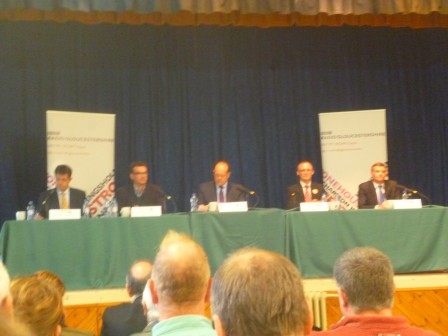 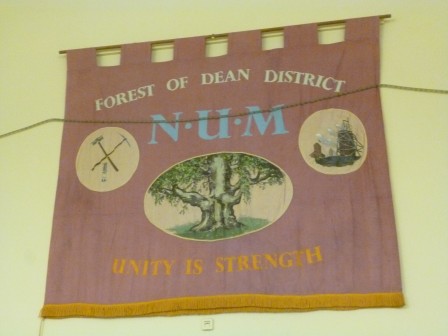 Introduced as a historic venue, the banner on display one of the last surviving relics of Forest mining did not inspire the debate. It was a lacklustre, poor experience for many audience members hoping to challenge candidates, almost an hour,  5 chosen questions with few real exchanges, a real contrast to the lively engaging HOOF event last week which our MP chose to avoid. 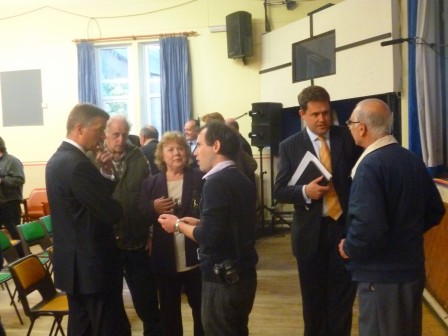 Mark Harper’s presence was a u turn as he had earlier refused to take part in other hustings. 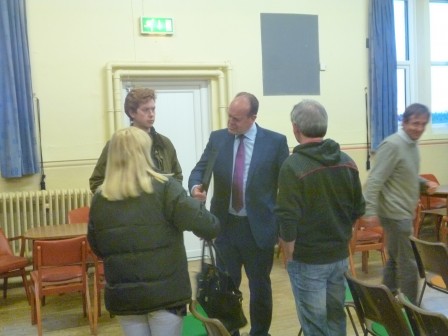 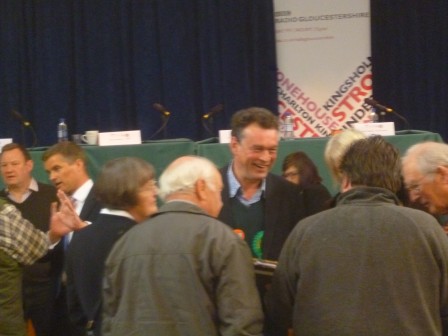 James Greenwood promises no cuts from the Greens. 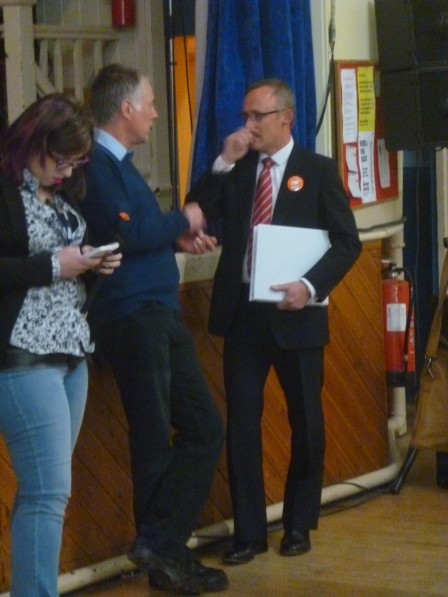 While Steve Parry Hearn calls for the end of tolls and challenges Mark Harper’s plan for a 3rd Severn crossing stating there is a 50 year covenant against any new bridge.