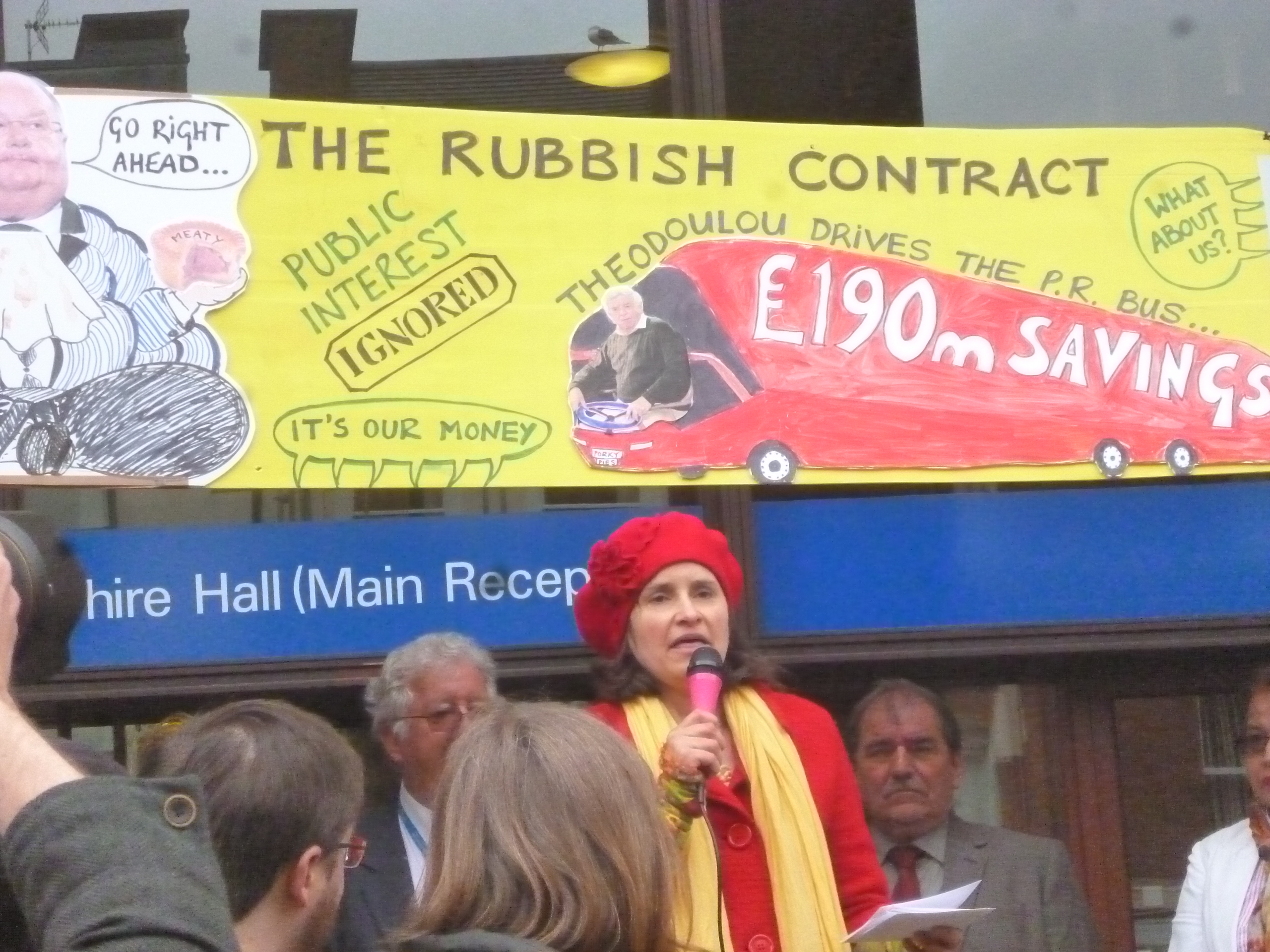 The concrete may be piling up at Javelin Park but the story is far from over.  Check out the 6 points below.
1. Audit scrutiny
The County Council’s accounts are being gone through with a fine tooth comb by Grant Thornton, their external auditors, as a result of complaints submitted by Community R4C regarding Value for Money in the context of the incinerator contract. Grant Thornton as far as we know have so far refused to sign off on VfM for this reason.
2. Further legal complaints
The Competition & Markets Authority are about to receive a second complaint, due to the fact that the contract now in force is actually a different one to that signed in 2013 and hidden from us until the court ruling early this year.  The version being used now is the result of a complete renegotiation that took place in the autumn of 2015 without competitive tension – meaning that there was no comparison with other proposals… which there should have been if a complete renegotiation was being undertaken.
3. Petition of No Confidence in Glos County Council
If, as well over 400 locals already have, you are keen to show your lack of confidence in the Council’s behaviour you are warmly invited to sign this petition –
NO PUBLIC CONFIDENCE IN GLOS COUNTY COUNCIL
Resulting from a packed public meeting in Stonehouse Town Hall, the petition highlights the insanity of raising the waste budget year on year to service this undemocratic and anti-competitive contract, while frontline services such as social care are in a terrible state of mismanagement and underfunding, with Children’s Services already in special measures.
When we reach over 5K local signatures, we should get a chance to speak before full Council – let’s see how quickly we can do this, as that chance would be extremely welcome.
4. Spurious court cases
The “Stroud 4” (sofa party) arrestees from the summer (including myself) have finally received our court summonses, charged with – and I quote, hopeless grammar and all: “Wilfully obstruct a highway with an non motor vehicle”.  (What vehicle?  Our bodies?  A camping seat?). A cursory glance at the photos from the day will show that we were sitting behind the double yellow lines (i.e. not on the highway) and not obstructing anybody’s free passage except the cement mixers trying to get into an entrance hastily constructed by UBB in breach of their planning conditions.  We fully expect this to be thrown out of court in short order.  Sign up to the NoMoInGlo mailing list for updates.
5. Mailing list moving to NoMoInGlo.org
The present mailing list will not be in regular use any more, so if you would still like to receive updates on the Javelin Park situation, please do sign up to the mailing list here: https://nomoinglo.squarespace.com/join-us/.
Giving up is what GCC would like us to do, but we have no confidence in them.  Stay tuned at NoMoInGlo.org and the Cancel the Contract facebook page for continued exposure of the folly – and continued action.
6. Songs of resistance – Sunday 10th December 11am at Javelin Park
Join the Springhill Singers and raise your voice against the “insanerator“.  Parking at Blooms Garden Centre.  This accomplished local choir have a couple of songs rehearsed specially – and there will also be a chance to join in with some rewritten versions of well-known carols.
Warmest to all
Jojo x

Jojo Mehta started this campaign on the 38 Degrees Campaigns by You website. If there’s an issue close to your heart that you’d like to campaign on, you can start your campaign here.