From John Hegley to Katie Fforde

It’s a times table remembering -2 fives, 3 threes plus one.

The thinking falls into place as you make your way through this years programme for the Coleford Festival of Words ….

a humourologist, touted as comic laureate –he, of stories of growing up in Luton who might at one point have grown up in Coleford -of living a childhood through a pair of glasses – of discovering his family link to French grand ma ma-

A John Hegley show has included, poems, songs, limericks, and cabbage dancing but who knows?- An evening of variety for all ages and humours…

‘I first became a writer because my mother gave me a writing kit. I’d been talking about wanting to write for years, but thought because I had three children, a dog, two cats and a husband who was away at sea a lot of the time, I wouldn’t have time to write. Nevertheless, my mother bought a kit full of paper, dictionaries, a thesaurus and Tipp-Ex, wrapped it up in a big bow and gave it to me for Christmas. It was the big kick that I needed. My New Year’s resolution for that year was to start writing my novel, and I’m ashamed to confess it’s the only New Year’s resolution I’ve ever kept.’

Why on the same page ?

Well both appeared in the very first Coleford Festival of Words in 2008- Katie came to the old Library building with a sell out talk about her work this year she is appearing at the Main Place above the new library.

10- years ago John Performed in Baptist Hall where he will be returning on sat 7th July.

It was a time when the Forest Bookshop still opened its doors to a flood of culture and things like HOOF and HOLD were unthought of threats to the Forest…and you couldn’t book tickets online…..

the Nine Wells of Berry Hill

and hosted among a long list War Journalist Kate Adie, 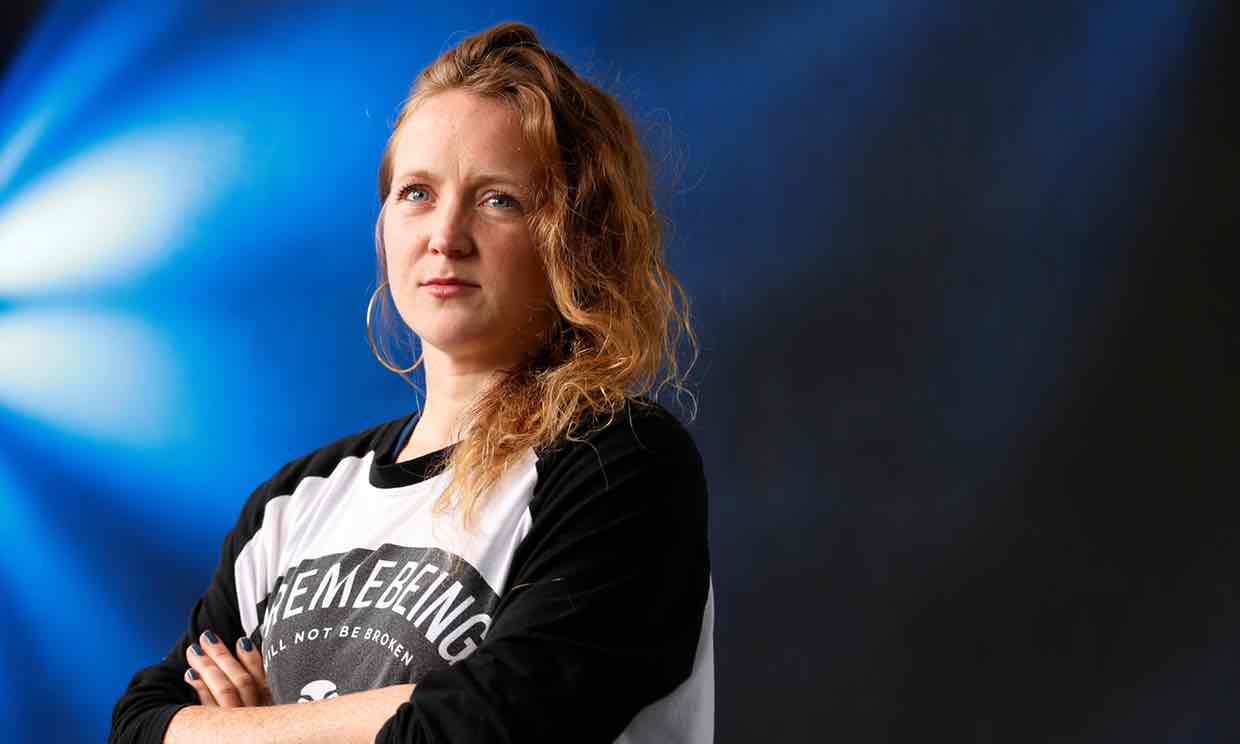 This year the Festival runs from Monday 2nd in Coleford Baptist hall until Sunday 8th July with a picnic- finale in Buchanan Park with music- words and Cake!

stay afterwards and join the words quiz from 8pm – To register see www.thecolefordhub.info …

including two masterclass sessions on comic art one led by ‘Beano’ artist Kevin Sutherland another by Rob Etherington…. Book now to get a place…

Come along and tell us on Tuesday evening from 7-30pm at Taste n Tales in Coleford Library bring party food and stories to share..

Thanks to Art of Libraries, Coleford Town Council, Arts Council England and all local support

Coleford Festival of Words is a SOUNDWORK Community project