Yesterday at Shire Hall. For those who haven’t heard -the full county council will now debate fracking on February 17, so next trip up then! 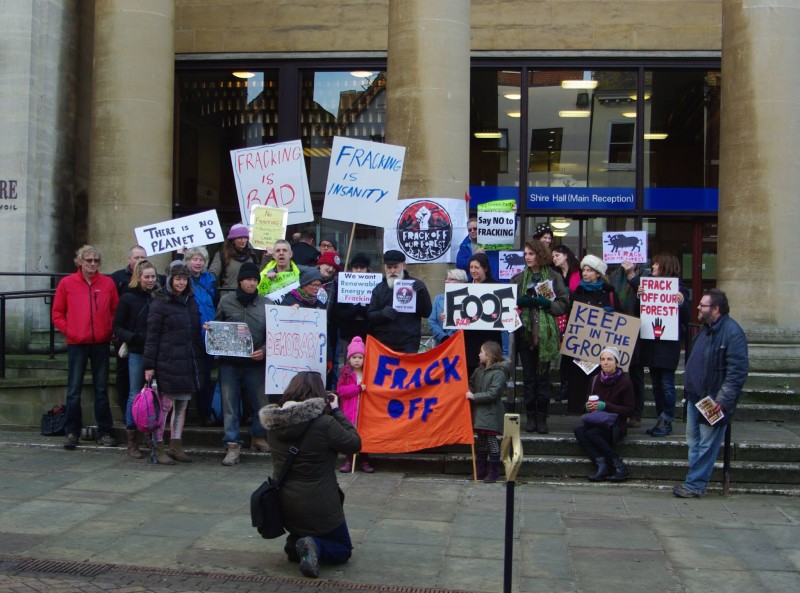 granted to South west energy to drill for shale gas in the Forest of Dean it is the only area in the county facing the potential dangers of drilling later in the day a scrutiny committee decided to ask for a debate at next full council on February 17th.

hear interviews with Owen Adams of FOOF and Leslie Williams Labour leader of  Glos County Council, other politicians declined to be interviewed

The Forest will link up with a national day of protest against Fracking with a demonstration on Sunday 31st January in Coleford Town Centre Forest of Dean District Council, Coleford Town Council and West Dean Parish have already expressed their support

Further information about the Science of Fracking and link to other communities protesting all on the Frack Off Our Forest site.

Frack Off Our Forest